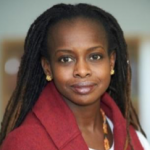 Adeyinka M. Akinsulure-Smith, PHD, ABPP, is a licensed psychologist who is originally from Sierra Leone. She is Board Certified in Group Psychology by the American Board of Professional Psychology (ABPP). Dr. Akinsulure-Smith is a tenured Professor in the Department of Psychology at the City College of New York, the City University of New York (CUNY) and at the Graduate Center, CUNY. She has cared for forced migrants, as well as survivors of torture, armed conflict, and human rights abuses from around the world at the Bellevue/NYU Program for Survivors of Torture since 1999. Dr. Akinsulure-Smith has participated in human rights investigations in Sierra Leone with Physicians for Human Rights and the United Nations Mission in Sierra Leone, Human Rights Division and served as a Joint Expert on Gender Crimes and Post Traumatic Stress Disorder for the International Criminal Court. She provides forensic evaluations, human rights consultations, and frequently works with attorneys handling cases involving torture, trauma and maltreatment. Dr. Akinsulure-Smith is a proud co-founder of Nah We Yone, Inc., an award-winning non-profit organization (1997-2010) created to proactively respond to war survivors from the African Diaspora. 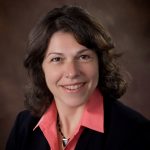 Dr. Susanne Cappendijk is known as a broad, strategic, creative, and visionary thinker. She poses questions in the context of the “big picture” and what the potential impact may be on the entire organization or system, and not just in the context of her own personal situation. Susanne is a talented neuroscientist with in-depth expertise in pharmacology. She is an entrepreneur and consultant on innovative healthcare and life science commercialization projects, and a seasoned strategic financial leader in a successful, private software company, Genivia, Inc.
This unique and diverse skillset, combined with Susanne’s can-do, make-it-happen-now attitude, takes her well beyond normal professional activities to a true excellence level. These skills are exemplified by her community leadership with various business incubators and non-profit organizations. Susanne’s deep passion for science and business building leadership drove her to design innovative STEM (Science Technology Engineering & Mathematics) curricula infused with principles of Art, STEAM.
In April 2017, Susanne founded EDsnaps Inc., a 501(c)(3) organization that empowers underserved female-identifying students to become independent thinkers, authentic leaders, and valuable contributors to the socio-economic community. By exposing female-identifying students to STEM and engaging them in applying it to real-world tasks, EDsnaps is building leadership pipelines to increase diversity in the 2026 STEM workforce.
Susanne holds a BS in Biology from Utrecht University and a PhD in Pharmacology from Erasmus Medical University in Rotterdam. She also received an MBA from Florida State University, Tallahassee, Florida. 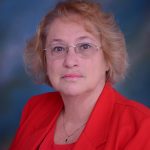 Dr. Brenda Custodio is retired from Columbus City Schools in Columbus, Ohio where she worked as an ESL classroom teacher at the middle and high school level.  To meet the needs of the predominately refugee-background students in Columbus, she helped to create a secondary newcomer program (Columbus Global Academy) and was instrumental in adding sheltered content courses for secondary level English learners for the district.  She served as a building administrator at Columbus Global Academy until her retirement.

Dr. Custodio received her master’s and doctorate degrees from The Ohio State University and currently serves as an adjunct professor for both Ohio State and Ohio Dominican Universities in their TESOL endorsement programs.  She is past president of Ohio TESOL and has served as chair for both the Refugee Concerns Interest Section and the Secondary Schools IS of TESOL, International.  She received a travel grant in 1998 to visit Australia and study their ESL programs, has visited and worked with teachers in Mexico and Japan, and worked one summer in China preparing undergraduate students to attend graduate school in the United States.  In 2019 and 2020, she visited Rwanda with the refugee resettlement organization, where she conducted workshops for public school teachers.  In November of 2020, she was selected by the US Department of State to develop a series of virtual workshops for Rwandan teachers on best practices for teaching reading in English to be offered remotely in coordination with local teacher trainers.

She is a frequent presenter at both the state and national level on topics of literacy development, refugee resettlement, newcomer programs, trauma-informed strategies for immigrants, and SIFE. She has written three professional books:

Andrea Díaz, TNTP EL Director:  As a Director of English Learners in Academics, Andrea works alongside teachers, school leaders, and districts to help them achieve their goals by implementing research-based strategies in English Language Arts and math, supporting learning acceleration for all students, including English learners. Andrea has a wealth of experience with bilingual education, multilingual learners, working with parents of English learners, and policy that affects students who have been identified as English learners. Before joining TNTP, Andrea worked for The New York State Education Department (NYSED) as an Associate in Bilingual Education in the Office of Bilingual Education and World Languages (OBEWL). As an Associate, she focused on initiatives and policy that supported the education of multilingual learners. Andrea started her career in education as a Spanish dual-language elementary school teacher and worked in diverse roles. Andrea holds two Masters of Education degrees, one in elementary education with a bilingual extension and the second one in building and district leadership. 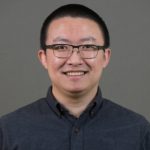 Jian Liu (刘健) is the Training Specialist in the Office of Contracting at the U.S. Citizenship and Immigration Services (USCIS). Jian was the Associate in Bilingual Education in the Office of Bilingual Education and World Languages (OBEWL) at the New York State Education Department (NYSED), leading different projects that support all stakeholders in English Language Learners (ELLs) and Multilingual Learners (MLs) community. Before that, Jian was an Assessment Manager in the Office of Assessment at NYC Department of Education, led different projects that relate to the assessments for NYC public schools, particularly the Specialized High School Admissions Test (SHSAT). Jian is also an adjunct Assistant Professor at New York University School of Professional Studies. At an earlier stage of his professional career, Jian was a high school bilingual math teacher in Brooklyn.

Jian earned his B.A. from City College of New York (CCNY) in Pure Mathematics, an M.A. from NYU-Steinhardt in Teacher of Mathematics 7-12 and was a Math for America 2011 Fellow. In 2015, Jian earned his M.S. Ed. in Bilingual Childhood Education from City College. Most recently, Jian received his M.S. Ed. in Educational Leadership and Administration at The College of Saint Rose in summer 2019.

Gita Martohardjono is Associate Professor of Linguistics at Queens College and the Graduate Center of the City University of New York, and is the Director of the Second Language Acquisition Lab at the CUNY Graduate Center.  She is currently collaborating on several research projects within and outside the City University system. Her area of specialization and research is second language acquisition; in particular, the acquisition of syntax by non-native speakers. She holds a Ph.D. in Linguistics from Cornell University and an M.A. from Université de Montréal, Canada. Her publications have focused on the cross-linguistic comparison of the development of sentence structure from the perspective of generative theory.   Selected publications include: “Second Language Acquisition: Theoretical and Experimental Issues in Contemporary Research,” (with S. Epstein and S. Flynn) in Behavioral and Brain Sciences; “What Do We Really Mean by Transfer’?” in The Current State of Interlanguage (Philadelphia: John Benjamins) and “Is there an Age Factor for Universal Grammar?”(with S. Flynn) in the The Age Factor in Second Language Acquisition (Clevedon, Avon: Multilingual Matters). Dr. Martohardjono is also Executive Officer of the Linguistics Program at the CUNY Graduate Center and the Associate Director of the Research Institute for the Study of Language in Urban Society (RISLUS) there. Dr. Martohardjono has also done extensive research with Dr. Elaine Klein (co-founder of Bridges) on Students with Interrupted/Inconsistent Formal Education (SIFE) and the researchers have published several reports and papers that have helped provide the research foundation for Bridges to Academic Success. 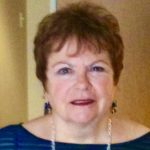 Judith B. O’Loughlin, M.Ed., is an independent education consultant, with over thirty years of experience as an English, ESL, and special education teacher. She has taught ESL at the K-12 and adult education levels, as well as a graduate adjunct in two university TESOL endorsement programs. Her work for school districts, departments of education, universities, and OELA grant programs has focused on standards-based and English language development program design for newcomers and SIFE, instructional strategies, differentiated instruction for multilingual and bilingual special education learners. She has been a teacher-trainer and consultant for NJ City University, the Center for Applied Linguistics, The Ohio State University, and SOKA University in Tokyo, Japan. Her publications include The Academic Language Accelerator, (Oxford University Press), Students with Interrupted Formal Education:  Bridging Where They Are and What They Need, (Corwin/Sage), and Supporting the Journey of English Learners After Trauma (UMich Press).  The latter two publications co-authored with Dr. Brenda Custodio. Ms. O’Loughlin was recognized as one of TESOL’s “50 at 50” leaders in the field of English language teaching, CATESOL Sadae Iwataki Service Award, NJTESOL-NJBE Leadership Award, and Seton Hall University’s Multicultural Education Teacher of the Year. 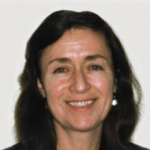 Deborah J. Short, PhD., has served both as an external evaluator for the Bridges project and, more recently, as a reviewer of the Bridges LL SIFE curriculum. She is the Director of Academic Language Research & Training and provides professional development on sheltered instruction and academic literacy worldwide. As a former Division Director at the Center for Applied Linguistics, she co-developed the research-validated SIOP Model for sheltered instruction and directed research on English language learners for the Carnegie Corporation of New York, Rockefeller Foundation, and U.S. Department of Education. Previously, she taught English as a second/foreign language in New York, California, Virginia, and the Democratic Republic of the Congo.  Her publications include professional journal articles, SIOP Model books, and ESL textbooks for National Geographic Learning. 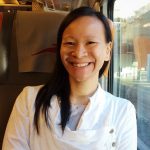 Joanna is the a Project Advisor and former lab site manager and professional developer for Bridges. She has a doctorate in Urban Education Policy at the CUNY Graduate Center, where she completed a dissertation on the educational histories of immigrant youth. She started working in NYC public schools in 2004, and has experience as an ELA teacher, college counselor, and instructional coach. She was a teacher at the School for Democracy and Leadership, and the International High School at Prospect Heights. She has taught as an adjunct lecturer in the School of Education at Brooklyn College, Long Island University, and Hunter College. She currently works at New Visions for Public Schools as ELL Instructional Specialist. 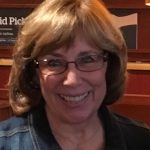 Nancy Cloud is Professor Emerita in the Feinstein School of Education and Human Development at Rhode Island College. Prior to her work in Rhode Island, she served as the Coordinator of the M.Ed. in TESL Program at Hofstra University. While in New York, she helped develop the first and second editions of the Annotated Teacher Resource Bibliography on the Education of Over-Age Limited English Proficient Students with Interrupted or No Formal Schooling for New York State Education Department’s Office of Bilingual Education. This resource lists publications that discuss the issues, materials and best practices for students with limited schooling.
She has worked in urban secondary schools in Rhode Island with middle and high school ESL and content area teachers to strengthen the delivery of instruction for English Language Learners with Limited Formal Schooling (LFS). They developed units of study in Science, Mathematics, and Social Studies for LFS/SIFE Students, a complete curriculum to aid LFS students to bridge to the regular ESL program options.
Since 2011 to the present, she has served as a Senior Consultant for Program Design/Curriculum Development on Bridges. Dr. Cloud has contributed many publications and presentations to the field of education and language learning.